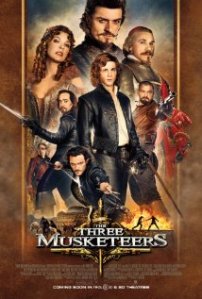 After failing in a scheme to steal Leonardo Da Vinci’s airship blueprints, the Musketeers are disbanded by Cardinal Richelieu leaving Athos, Porthos and Aramis on the streets of Paris. In the meantime, the young, reckless and ambitious D’Artagnan has set off from Gascony with dreams of becoming a musketeer himself, not realizing that they have been disbanded. In no time, D’Artagnan manages to offend Athos, Porthos and Aramis on different occasions and challenges them all to duels. However before the duels can take place they are attacked by guards, trying to arrest them for illegal dueling. The ex-musketeers and D’Artagnan fight off the soldiers, leading to the four men becoming a band with the motto of “All for one, and one for all”. Count Richelieu is not only determined to be rid of the musketeers, but also schemes with Athos’ former lover Milady to undermine the reign of King Louis and his wife. The musketeers and D’Artagnan are determined to save the royal family and France itself. Written by Wellard Rockard
Having seen the 1998 film The Man in the Iron Mask, I was eager to see what The Three Musketeers had to offer. I have to say I wasn’t disappointed.
Now don’t get me wrong, I would never compare The Man in the Iron Mask to the Three Musketeers. As far as acting and plot goes, they are on two different levels, and it wouldn’t be fair to compare.
So I won’t even go there. 🙂
I really enjoyed the plot, and I thought the development of the film was fairly solid. I found it amusing how the arrogant, yet fearsome D’Artagnan got the 3 warriors to team up again after years of lying low. He did this by challenging them all to a duel. Though when he did so, I’m sure he didn’t know they were the legendary musketeers. The swordplay and action from this crew was thoroughly entertaining. I’m always thrilled by a little swashbuckling.
The Cardinal, who was the dastardly villain, devised a malicious plan to get rid of the Queen and thrust France into a vicious war with England. He played King Louis XIII like a fiddle. The king was after all young and easily manipulated. The key to the Cardinal’s scheme was the beautiful spy~assassin Milady de Winter. She was once an ally of the musketeers, more or less a musketeer herself, but she had a devious nature and betrayed the men who had come to see her as one of their own. Before her betrayal, they stole the blueprints for an airship, which Milady turned over to the Duke of Buckingham, played by Orlando Bloom. 🙂 He really cracked me up in this role. As this character, he had a Captain Jack Sparrow swag and a Prince (the artist formally known as) fashion sense.
I’m a big Milla Jovovich fan. However, I thought her presence in the movie as Milady de Winter was a little over the top. She was gorgeous, as usual, and carried her role as well as the director probably expected her to, but in my opinion, I think they should’ve handed that role to someone else. Like I said, I adore her, and loved many movies she’s been in, particularly the Resident Evil movies. I just think she should’ve passed on this movie. The role did not suit her.
This tale spun into a brilliant film. I appreciated the touches of steampunk and fantasy world machinery, such as the airship. I think it added a necessary flair to the imagery, and of course the plot. It wouldn’t have been as entertaining if they simply remade a story that had already been done many times.
Aside from the fact that this movie was based on D’Artagnan and the three Musketeers, what drew me in were the lead actors. I will pretty much watch anything that Orlando Bloom and Ray Stevenson star in. I became an Orlando Bloom fan after watching the Lord of the Rings trilogy, and Ray Stevenson caught my eye while I was enthralled in the series Rome.
What I like most about this movie is the imagery and the costumes. The leather outfits that the main musketeers wore not only made them look dashing, but appealingly stylish as well. The dresses worn by the Queen and Milady were just as stylish, if not more.
Whoever designed the set and costumes definitely gets a thumbs up from me. 😀
All and all I enjoyed the movie. Was it a film that I’d add to my swashbuckling bluray collection? Probably not. But I’m glad I watched it. 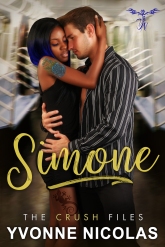 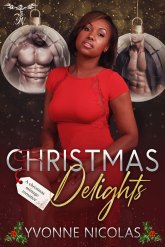 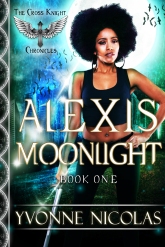 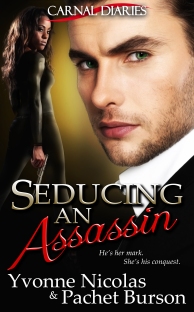 Playing with designs on Canva for my blog. I think I’m addicted to this app. 😁 It makes me feel like a real designer. ❤️ #creative #creatorsofinstagram #indieauthorsofinstagram #blackcreators
Never leave your pet chicken with a Jamaican! 😂 
DRINK WATER!!! 💦😆
Let’s celebrate those sexy tiger stripes ! *RAWR* 🐅
FACTS! Mike was forever starting sh*t! 😂
LOVE IS IN THE AIR. PART 2.
Loading Comments...
Comment
×
%d bloggers like this: