I’m excited to introduce this author because she’s the mastermind behind this sexy Fairytale Anthology dedicated to women with curves. Welcome the lovely and talented Seraphina Donavan.

Seraphina Donavan is a hopeless romantic with a wicked & oh-so-dirty mind! Those things, combined with her love of writing, prompted her to take the leap and transform those fantasies into written words on a page. As a curvy girl herself, Seraphina has made it a point to celebrate those women with delicious curves with her work through writing and the hot men who love them.

She currently has 18 published books and one anthology and is working on many more.

Living in Central Kentucky, Seraphina spends her time rescuing stray animals, working for a non-profit agency and dreaming of becoming a best-selling author. She lives in a home that has more character than working parts and enjoys spending time with her fur babies. Feel free to contact her with any questions or thoughts on your mind.. She loves connecting with her readers & hearing from anyone!

Enjoy a wicked sexy excerpt of Big Love from the Wicked Fairytales: the Curvy Collection…

Prudence knows the truth about her stepsister. Ella isn’t the victim; she’s just good at playing one. Working in a magic shop with the boozy fairy godmother that screwed up everyone’s life, Prudence gives chase to a young shoplifter and gets more than she bargained for. Tangled up in the Beanstalk and carried upward to the giant’s kingdom, she finds herself face to face with a handsome giant who happens to be King… and hot enough to make her knees go weak. 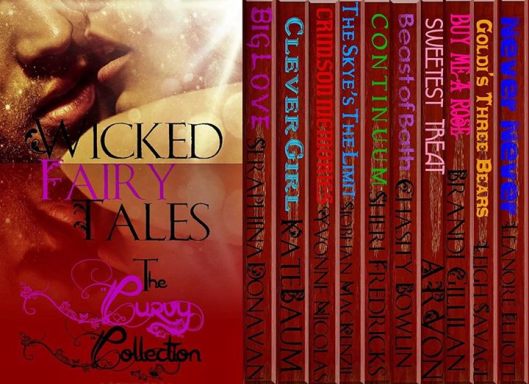 What do you get when you mix a boozy fairy godmother, an overly dramatic Cinderella, a not so wicked stepsister and a hot giant waiting at the top of the Beanstalk? You get Big Love.

Prudence gaped at the servant. She’d put on the dress, which cut to her navel, against her better judgment, but the rest of it—absolutely would not happen. “I am to do what?”

“His highness, Prince Reinhard, requests that you attend him at his bath…it is a great honor.”

It might have been more convincing if the woman hadn’t rolled her eyes when she said it. “No. Absolutely not. I will not. He might have dressed me like a strumpet, but that doesn’t make me one!”

In an about face manner, the servant dropped the act. “Honey, it’s like this. You’ve seen him. He’s a prince. He wants to get naked and wet while you rub your hands all over him…You really wanna argue about it?”

An ugly suspicion entered Prudence’s mind then. “Just how many women normally attend him at his bath?”

“None. He normally does it himself. So, what are you waiting for?”

An image of him popped into Prudence’s mind, all dark, swarthy skin and curling black hair, sitting on that throne in his leather breeches and doublet. He’d looked so good in those clothes, she’d wanted to lick every inch of him she could see. What would he look like out of them?

“Not to be inedible here, but he is a prince and you are staying in his castle. I wouldn’t piss him off.”

“That’s what I said,” the woman insisted. “Now, get your rump across the hall and take care of that man! And if you’re a decent human being, you’ll tell us all about it later!”

Prudence didn’t even have time to register what was happening. One minute, she was standing in the luxurious chamber that she’d been given and the next, the woman was literally propelling her across the hall to the half open door of the prince’s chamber.

With one last, hard shove, the woman pushed Prudence fully into the room.

Scrambling, Prudence reached for the door handle, but stopped herself. It was too late to run. Turning back, she saw the Prince standing before the fireplace. He’d shed his doublet already.

Her mouth went dry. His back was to her and all she could see was tawny skin rippling over muscle. Then, he stretched. Muscles bunched and flexed, and parts of her went up in flames. Heat blossomed between her thighs so suddenly, so intensely, that she needed to squeeze her legs together not to whimper.

The prince turned to her then, his hands poised at the laces of his breeches. They’d been loosened just enough, so she could see the thin line of hair on his stomach disappearing into the V of the leather before growing thicker.

“I am to attend your bath,” she said, hating that her voice quivered.

He said nothing, simply finished unlacing his breeches and let them drop.

Really, what else was there to say? What had been hiding inside those pants defied words. Even flaccid, his member was long and thick, resting against his thigh. Prudence couldn’t look away.

“Have you never seen a man without his clothes, Prudence?” he demanded.

Prudence didn’t answer. She couldn’t find her voice. She’d seen men naked, or so she thought. From that point forward, would she ever be able to look at any man and not remember the glory of a dark haired prince who wasn’t called a giant because of his height?

Pulling her gaze from his impressive manhood which was no longer entirely flaccid, Oh, sweet merciful Lord, Prudence forced herself to look into his jade green eyes. “Yes, your highness?”

GET YOUR COPY OF 10 SIZZLING HOT FAIRYTALES TODAY! 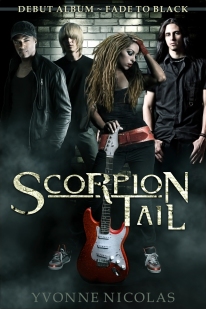 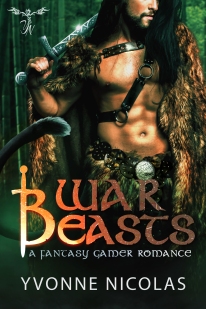 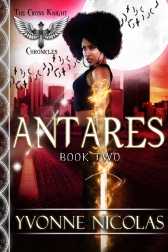 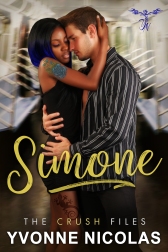 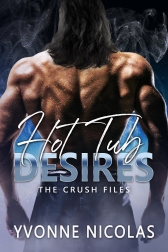