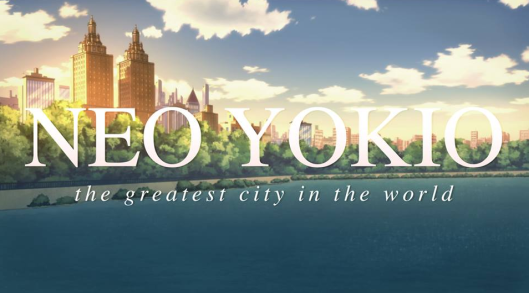 “While attempting to distance himself from his demon-slaying past, Kaz Kaan, a wealthy magistocrat, is forced to question everything he knows about Neo Yokio.”

I admit it; I saw the preview and I was instantly sold on this show. I knew I would love it! How could I not? Not only did it have an anime vibe to it (You guys know I love anime), and a supernatural flair in the storyline (Hello, paranormal romance writer here!), it starred a person of color (Boom, baby!).

There were some positive components in the show, but they were overshadowed by the not so engaging storyline and stilted voice-acting by the lead actor. I forced myself through the 6 pilot episodes because I got this thing about completing something I start. It wasn’t horrible, it was just difficult to finish.

I will say that I appreciate what the writers tried to accomplish with this series. Deliver something new and fresh. Granted, the story was indeed new and fresh, it was just poorly executed. And that’s just my anime-loving opinion on that.

I must say the art was nice, bubbly and fun. Some of the characters even made those goofy expressions you sometimes see in anime. Many people in the FB comic groups complained about the art style, but I think the style went well with the theme of the show.

Jaden Smith portrayed Kaz Kaan, an aristocrat demon slayer. I love Jaden, I really do, but he may have to take an “L” for this one. His voice acting was detached, lacking that special pizzazz that would make him desirable to listen to. Perhaps, that’s how it came off because the character is pretty monotone and removed from emotion, unless the situation involved his ex-girlfriend. I’m sure he’ll get better with more practice.

Jude Law, Susan Sarandon and Steve Buscemi did great as their characters! I expected nothing less from them.

But the shining light for me, and quite possibly the reason I kept watching, was Arcangelo Corelli. He was one of the comic reliefs as well as the antagonist. That being said, he was the jewel of the show, which is unfortunate for Jaden, because his character was supposed to be the star.

I also enjoyed Kaz’s friends whenever they were on screen. They were amusing.

What really bothered me about this show was the lack of representation of women of color. We simply didn’t exist in the high society created on the show, unless we were cronies to an uppity white girl or a masked performer who received no less than 5 seconds of screen time. Ah, I forgot to mention the episode when Kaz’s best friend jumped into a pool full of cursed water and was turned into a woman for the day. I guess we can count that as a WOC sighting. How disappointing. The main character is a person of color, but the writers couldn’t be bothered to give a woman of color a slot in the main cast.

Needless to say, if Neo Yokio gets a second season, I won’t be watching. 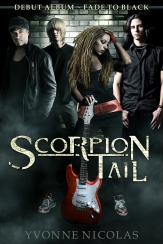 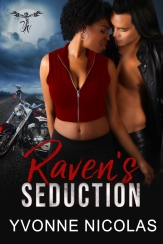 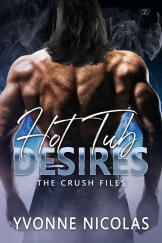 Happy Friday, fam! I am loving the cover for my upcoming gamer romance WAR BEASTS! 😍 I hope you love it to. ❤️
✨COVER AND TITLE REVEAL DAY!!!✨
Tranell Hawkins finds herself in one of the most romantic countries in the world on Christmas Eve, slaving over work. Seeking a little respite, she steps away from her demanding job and visits a local restaurant. That’s when she captures the attention of a very attractive Frenchman.
Creating newsletter banners this morning! #Canva has me designing like a mad woman! 😁👩🏾‍🎨 #indieauthor #indieauthorsofinstagram
Ripp and Aubrey. Wow. I remember writing this gem and falling in love with these two gorgeous characters. ❤️🎸🎙
HAPPY BOOK ANNIVERSARY TO ROCK STAR LOVER!
Loading Comments...
Comment
×
<span>%d</span> bloggers like this: