Is it a new favorite series for paranormal fans? Or am I speaking too soon?

I rarely watch a show when it airs. My friends call me the DVR queen, and for good reason. I DVR almost everything, or I watch it on On Demand. *grin* I can’t help it. The majority of shows I want to see come on when I’m busy writing, and breaking my writing schedule to watch a show will only upset my muse. 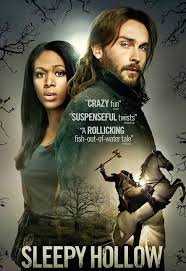 Okay, so even though I DVRed Sleepy Hollow, I was so anxious to see it, I actually watched it when it aired. *snicker* Truth is, I was having brain farts with my story, so I decided to watch some TV. No regrets on that. This show did not disappoint. While watching it, I found myself waiting for something in the storyline to curve my interest, or some poor acting to make groan. None of that happen. I literally enjoyed it from the moment it started to the moment it ended.

I’m hoping and praying this is not one of those shows that start off great, then dwindle away into utter confusion and nonsense, like The Following. Yeah, I tried to be a “Follower”, but it didn’t work out. *smh* Such a disappointment. That aside, I still love me some James Purefoy. 😉

Okay, back to Sleepy Hollow…

If you’re a true Horror/Paranormal fan, then you remember the gothic movie Sleepy Hollow released in 1999, 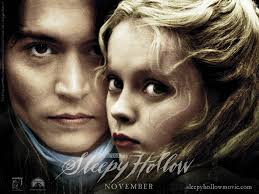 starring the handsome, yet weird Johnny Depp and the absolutely adorable Christina Ricci. This was before she starred in Black Snake Moan, which totally ruined my image of her. *shudders*

Depp and Ricci made a great team as the characters Ichabod Crane and Katrina VanTassel, and their romantic interest sparked a flare that made this dark twisted tale even better.

I’m hoping for the same flare in the TV series. 😉 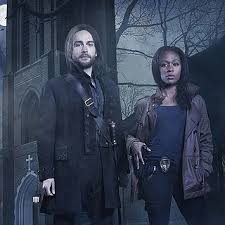 The banter between the main characters, Ichabod Crane and Abbie Mills was not only cute and funny, it was spot on. The two actors Tom Mison and Nicole Beharie have amazing chemistry and it bleeds through the characters they portray.

I love Crane’s witty, sarcastic personality. He awakens in a different era, 250 years later, and he’s tossed back into a battle he thought he’d left behind when he supposedly died. An ancient evil is threatening the existence of mankind and he still has his humor, not to mention good looks. I can’t help but love that!

Abbie Mills, beautiful and quick-witted, is battling her own demons of the past, but she is not without honor and compassion. I immediately fell in love with her character. It was the way she interacted with Crane. She doesn’t want to believe him, but given what she has seen and been through, she has no choice.

Although she doesn’t admit it, she’s fascinated with Crane, almost as much as he is fascinated with her. You can clearly see it when they look at each other. That aspect alone opens so many wonderful possibilities.

You can’t see it, but I’m wiggling my eyebrows suggestively. *grin*

Sleepy Hollow is a refreshing Horror/ Paranormal series with a unique plot. I like the fact that they tied the storyline of the headless Horseman into the scripture of the Book of Revelations. There are so many avenues they can take with this.

I’m glad to have another series to add to my list of paranormal shows like, Supernatural, Being Human, and hopefully the Originals. (We’ll see how that one pans out when the series starts.) Team Klaus all the way, baby!!! I’ll take a hybrid vamp over a regular vamp any day. 😀

I would’ve added the Vampire Diaries to the list, but to be honest, I’m straddling the line with that one. I can’t figure out if I still kind of like it or if I want to just give it up. *sigh* I hope it gets better.

Who will be sitting in front of the television on Monday night eager for her dose of the witty Ichabod Crane and the sassy Abbie Mills?

*points thumbs at self* THIS GIRL RIGHT HERE!!